Included in my "Signature Box" from Angel Food was a package of uneven smoked ham slices. Now this surely would not be enough meat to feed my guys! Well, I thought to myself, I bought the "Latin Flavors" produce box too. I have jalapenos, calabacita & chayote squash, and cabbage. Hhhmmm, what can I prepare that won't require another portion of meat and keep them happy??? I decided to prepare an old favorite, Ham and Cabbage with Potatoes, taken from my memory bank of Mom's recipes. I knew I needed something more to make it appealing to my carnivores so I served up some cheesy jalapeno corn bread. That would be quick, easy, and very appealing 'cause they like the spicy stuff almost as much as the meat!

I used my Quick Corn Muffin recipe as a base and alter it just a bit. I prepared the corn muffin recipe as stated. Next I added to the batter 3 tablespoons of diced fresh jalapenos, which I diced in the food processor. Then I stirred in 1/2 cup shredded white cheddar cheese. Poured into a prepared baking dish rather than a muffin tin, and baked according to the original recipe. 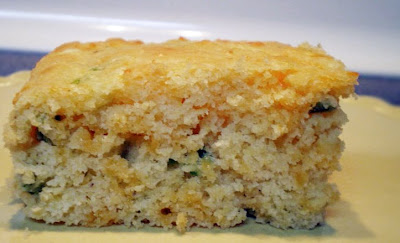 Now for Mom's ham, cabbage, and potato recipe. I thought to myself for just a second, I hope old age[memory loss] doesn't cause me to screw this up. I immediately dismissed that thought and continued preparing dinner!


Pour just enough olive oil into a large pot to barely coat the bottom. Heat the oil just for a few minutes at medium. Add ham chunks and stir around until they brown just a bit. 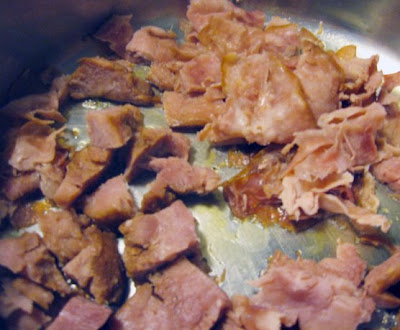 Reduce the heat, add the garlic and onions. Stir and cook on low until onions appear to be soft. Next add the red potatoes and season with sea salt and pepper. After a quick mix I add more pepper to potatoes. 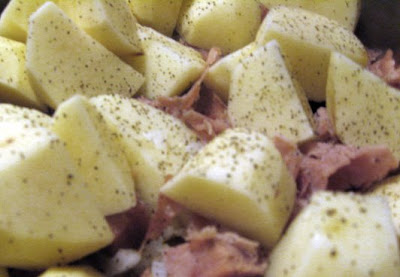 Next, I added the chicken broth and bay leaf. Turn the heat up to medium, stir and watch for the start of a boil. When the broth begins to boil I reduce the heat just a bit, and cover. 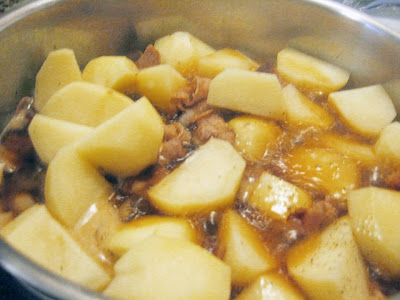 Cook about 10 minutes, remove the lid and check the potatoes. They should be about 2/3 of the way done at this point. Add the cabbage slices on top of the mixture. 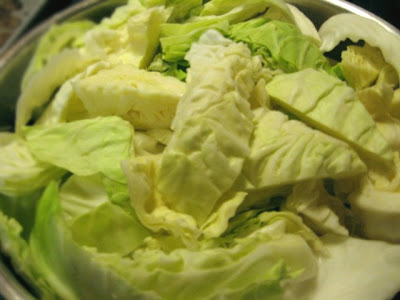 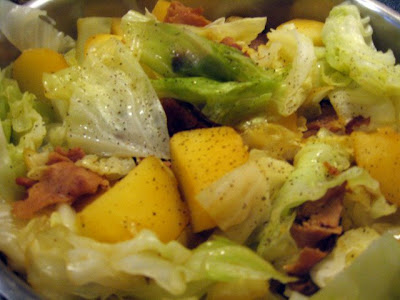 Melissa said…
Both of those recipes look good. I make ham and cabbage, but I haven't tried a kicked-up cornbread.
June 5, 2009 at 9:04 PM

oregonphotography said…
I am not really a cornbread guy, but I think I would like your recipe for it....will have to try it. Your brother and your oldest can't be too bad if they are Marines (no such thing as if they were Marines). I was in for five years back in the fifties...I am an old duffer. Anyway, as always thanks for commenting on my blog...I appreciate it. If you look carefully at my pic you will notice the Marine Corps hat. Best to you!
June 16, 2009 at 12:16 AM